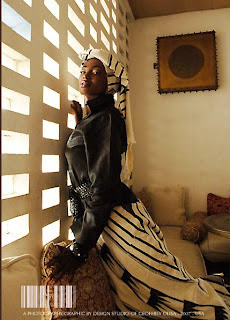 Teen parties in Naija used to be fun, we would go to the party at 2pm and be back at 6pm.

We also had names for the birthday parties, such as, corporate party (which meant that you must wear a tie!) lol, the house party 8 and all that and may I add by invitation only too. What I do remember vividly was going to a friend's party close to my home with my brother, where we all had so much fun!

A classmate of mine came to my home that morning to plead that we pick her up! Well I asked to make sure her parents were aware that she was going because I did not want any yawa!
Of course yes! she replied. So of course I made sure we picked her up. My bro went to the party with his best pal, I got driven to the party by the chauffeur. When I stopped by her house to pick her up, home girl ran out so fast. I got suspicious. Are we not going to greet her folks? I wondered.
She simply said "Oh I do not want us to be late!" Fair enough we headed to the party! We had fun and then we left, I dropped her at home and my brother and I headed home.
Who did we meet at our gate! her folks! In pajamas! I got out of the car, greeting her parents politely then asking if everything was okay!
"Okay so because you think you are in secondary school, you want to spoil your lives eh? I know your dad and I will report you!"
What in the world! My parents knew where I was, what the.....
Well they left once I explained that their daughter had said the event was okay with them. To say I was furious is an understatement .

It turns out after all, that her dad did not trust her. The same guy who said we were trying to spoil our lives tried to pick up a classmate of ours on her way home. When he realized after she told him whose daughter she was, he drove off! That explains his lack of trust for his daughter. Wonder where she is now?

What do you say readers? I want to hear your comments on this one!

Unknown said…
Hey, the gals dad is a perv. As the sayn goes like father, like daughter. It sure runs in their blood!
3:08 PM

Icy PR said…
oh! my Gosh I remember those days omo those used to be the hottest parties. As per your friend. Suspect jare. Bolting out of the house. You sef shoulda known. Heck i think you knew but ya'll were tryna party so no party pooping would have been allowed lol!