Showing posts from August, 2015
Show all

Three reasons why Naijagal ADE Hassan's lingerie line is taking over VICTORIA SECRET!!! Plus she is filthy rich now!! 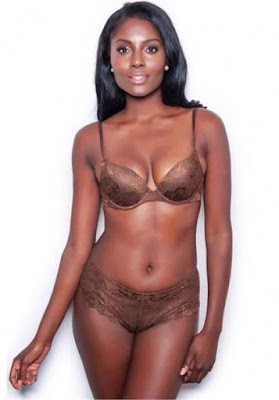 We first heard about story of Nubian Skin here in 2013 when it was just Ade and her ideas and concepts....a mere two years later,  the young lady is now filthy rich and her brand has been picked up by upscale retailer Nordstrom's! Ade Hassan, 31, creator of Nubian Skin, is revolutionizing lingerie game Move over Vicky/Victoria. Ade is in the building. Over the last few months, many of us have seen and been excited by the photos circulating the web from Nubian Skin, the UK-based retailer that served up black-girl realness for “nude” bras, panties and hosiery. Celebs like Kerry Washington and Thandie Newtonhave even tweeted about it. The company is the brainchild of 31-year-old Ade Hassan, a Nigerian-born Londoner who saw a huge gap and filled it, and by the way, may have revolutionized the panty game. Hassan, who came up with the Nubian Skin concept in 2011, but just left her full-time finance job in November, spoke with HelloBeautiful to talk about being a boss and wh
Post a Comment
Read more

Peter Bello lives on, a beautiful tribute plus photos

So I have to be honest, I really could not bring myself to write about Peter Bello till today. I honestly cannot believe that life could be so cruel to take an amazing young man away at such a young age. But who are we to say why? Peter's life and tributes brought tears to my eyes and they still do as I sit here writing this. I did not know him personally but we have mutual friends and get this, they all have wonderful words to say about him. You see, I realized from his passing that what really matters in life is  not how much money or possessions you amass, but how you touch others and how they remember you. As a daughter of doctor, I watched my father happily save lives a lot of times without getting paid for it and I wondered why? But then I realized how much I achieved from his doing so. Once, I tried to purchase a painting and they artist realized who my dad was said "Don't worry about paying for it, your father saved my life from typhoid!"
Post a Comment
Read more
More posts