Showing posts from 2022
Show all

Its almost Christmas gorgeous Naijagals Lets Dance you did it you made it! Christmas! Yes! Yes! Yes!

As we end 2022, the Nigerian music scene continues to thrive and evolve. From Afrobeat to hip hop to Afropop, Nigerian artists are pushing the boundaries and making waves on the global stage. Rema, Burna Boy, Davido, Goya Menor ruled the airwaves this year! Now a little history lesson for you! One of the biggest names in Nigerian music is WizKid, whose infectious blend of Afrobeat and pop has made him a household name in Nigeria and beyond. His 2017 hit single "Come Closer" featuring Drake became an international sensation, and he has continued to release hit after hit, collaborating with artists such as Ty Dolla $ign and Major Lazer. Another artist making waves in the Nigerian music scene is Burna Boy, whose blend of Afrobeat, reggae, and dancehall has earned him critical acclaim and a devoted fanbase. His 2019 album "African Giant" earned him a Grammy nomination and solidified his place as one of the leading voices in African music. Nigerian hip hop is also thri
Post a Comment
Read more

Kiss Daniel's Latest Video is Fire! And we are all for it! What do you say Naijagals?

Kiss Daniel's latest music video, "Cough," is a true masterpiece. From the stunning visuals to the captivating lyrics, this music video is a must-see for any music lover. The video opens with a powerful shot of Daniel, dressed in all black and surrounded by a sea of smoke. The mood is immediately set as he begins to sing, his smooth and soulful voice drawing the listener in. The camera work is impeccable, with close-ups of Daniel's expressive face and sweeping shots the gorgeous couples in the  video add to the overall atmosphere. But it's not just the visuals that make this video stand out. The lyrics of "Cough" are raw and honest, with Daniel singing about flexing and showing the woman in his life love. His emotional delivery only adds to the impact of the words, making for a truly moving and powerful viewing experience. Overall, "Cough" is a must-watch music video. Whether you're a fan of Kiss Daniel or just looking for something new an
Post a Comment
Read more

"Far from Home" is a Nigerian Netflix series that tells the story A financially struggling teen finds himself in the world of luxury after a prestigious scholarship sends him to an exclusive school for the one percent. One of the things that makes "Far from Home" so compelling is its richly developed characters.  LOVED LOVED THE HIGH SCHOOL FEEL! HMM The series is also beautifully shot and artfully directed, with vivid imagery and a strong visual aesthetic that adds depth and emotion to the story. The attention to detail in the production design is particularly impressive, with every scene feeling authentic and immersive. Overall, "Far from Home" is a must-watch for fans of Nigerian cinema and anyone who appreciates well-written and thought-provoking storytelling. It's a powerful and moving series that will leave a lasting impression on viewers long after the final credits roll. GO SEE IT NOW
Post a Comment
Read more

Harry and Meghan drop Netflix Trailer for their documentary! You have to watch to believe!

you bet we will be watching after the revelation from the Queen's consort lady in-waiting saga! Plus she is a Naijagal too. Will you be watching?
Post a Comment
Read more

Can I just say Naijagal loves this song? Fireboy and Asake have done it again...

Yes, Naijagal is in love and proud of Fireboy and Asake.  This is now my go-to song because Naijagal has been around since 2006~ what is been that long?
Post a Comment
Read more

Naijagal Tobi Amusan Not Only Shocked yes Shocked the World when she broke the 100M World Record She set the standard!!

That is why Naijagal was created in the first place, to showcase the amazing strength and resilience of the Naijagal. We are excited to celebrate Naijagal Tobi Amusan as our Naijagal of the decade. Yes, we came up with that moniker. Besides why not? She set the standard now others have to follow!! Congratulations Tobi!! We are proud of you!!! Amazing!!! Triumph!!
Post a Comment
Read more

Guess who is back but you knew it right? Naijagal is back and letting you know whats' going on in the world of Naijagals! Well guess who just bagged a honorary degree? Yep you guessed it! Naijagal Tiwa Savage is now a doctor! Yes oh!!! Congratulations lady!! Enjoy the videos!! And can we just say we are proud of her??
Post a Comment
Read more

- July 18, 2022
I am going to be real with you! Stocks can be great investment. Imagine if you got google when the stock was initially listed that would mean based on today's stock split event you purchased the stock at $2! Can you imagine the protifts? Well yes, making money in your sleep. This is what I would do, I would look at what Warren buffet is investing in? Then I would invest in the same! But yeah, the price is down and I think in my opinion, its a great investment. Just saying!
Post a Comment
Read more

Well, you already know. Yes, Naijagal is back ready and really happy for Davido!!  What does his uncle's win teach us about going for your dreams?? Well if at first you don't succeed, dust yourself off and try again!!! Congratulations!
Post a Comment
Read more

We love Naijagal Dyna Ekwume's videos! Can we just say we are hooked on her? Naijagals are doing it and we are proud! Dyna is our Naijagal of the week! She is doing great on Youtube and we can't stop watching! Well done lady and congratulations on the New Baby!
Post a Comment
Read more 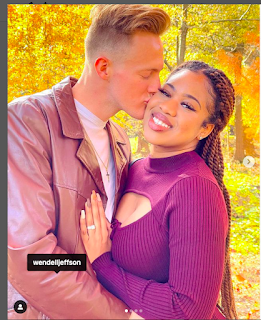 Hey, Naijagal readers its great to be back!  We discovered Yolanda's music and we must say it's fire! You know is the positive blog that celebrates the achievements of Naijagals all over the world. What we love about her music is how soulful the sound is, but most of all, we must say congratulations to Yolanda on her engagement to Wendell Jeffson! Yes, we celebrate young love everyday congratulations lady!  Now listen to her amazing music!
Post a Comment
Read more

Say what? Our Very own 24 year old Naijagal Pilot just flew a commerical airline! She is doing big things! 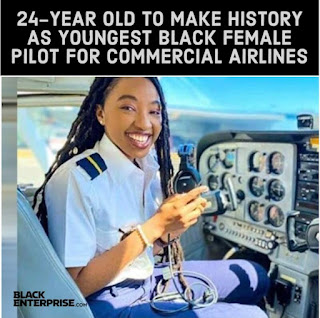 We are simply proud of  Naijagal Pilot at 24 what? Amazing! We present Izuchukwu our brilliant Amazing Naijagal! Get to know our very own Naijagal  Miracle Izuchukwu , the youngest Black woman to fly for a commercial airline! This is what she shared on Instagram! "Whoever it is praying for me, don’t stop, it’s working. I joined the elite group of 7% of females and 1% of black female pilots in the world. It’s an exhilarating, yet surreal feeling to introduce myself to the world as a Pilot." she shared on her Instagram announcement post. Fly high Pilot Izuchukwu✈️✨, we're cheering you on!
Post a Comment
Read more

We are so proud of Goya Menor! He is an incredible Artist! Now let's dance! Another Mega Hit from Goya Menor!!
Post a Comment
Read more

And Yes I want to Bamba! Check out the meaning of the song from a commenter. It feels great to be back! All Naijagals join in, the queen is back! Now let's dance to the song blowing up Tiktok with over a billion plays!! Proudly Nigerian  + Ghanian Sweet Edo Language Rap by an Edo Artist from Edo State (NG). These are the Edo Language words if you listen from the beginning: "Goya Menor" (I am Goya, literally written as "Goya me nor") "Okhian te kpe khere" (It's been a little while) "DJ rie me na ya ku khere" (DJ give me and let us dance a bit) "Shebi me ka ta m'uwa?" (I hope I told you people before?)
1 comment
Read more
More posts