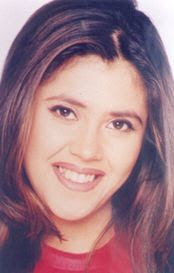 You may recall her dad from movies such as Dharam veer! For readers who have forgotten her dad here is a clip from his movie Dharam veer. He is the one in white.

Well she has become more succesful than her famous dad, her film company baliji telefilms makes popular soap operas in India, such as,Kyunki and 'Kahaanii'. Here company is said to be worth in excess of $28 million! 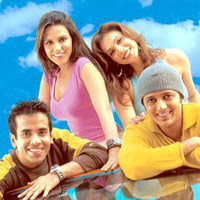 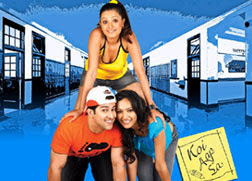 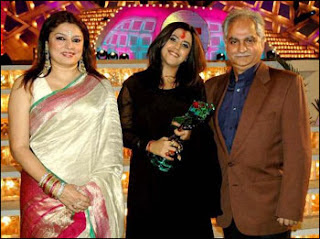 She was featured in VOGUE some time last year, where I recalled reading how her family supported her in film making. She was born in 1975. Interesting to Note,

"Her serials -- Kyonki Saas Bhi Kabhi Bahu Thi, Kahani Ghar Ghar Ki, and Kusum all begin with the letter K because of her astrologer's advice."

Some people say her soaps are regressive but here is what she had to say to that,

"They are not regressive but traditional because my serials deal with family values and traditions. In a tradition-bound situation women have to be shown as being extra-attentive and respective towards men which may seem regressive. But the women portrayed are not at all regressive. In Kahani Ghar Ghar Ki when Om was forced to leave his parents? home and was in bad times financially, Parvati who is the most loved and ideal bahu of the Agarwal family took up a job to supplement her husband?s income. Isn't that progressive? In fact, I try to create familial cliches to break them." culled from india syndicate

What do you say readers, I feel it is great to see bollywood star's kids stepping out on their own and making a name for themselves.