Showing posts from May, 2009
Show all

EXCLUSIVE VIDEO! CNN PROFILES THE NIGERIAN JOB MARKET AND ITS PERKS FOR RETURNEES! A MUST WATCH!

- May 29, 2009
Hello readers, I stumbled across this video and I knew it would end up being a must watch for my readers, especially those looking to return. Check out the good job life profiled on CNN in Lagos! So what do you say readers? Did you return? Tell us your story by commenting!
5 comments
Read more

- May 28, 2009
We love dare and sure enough, he did not disappoint us with his new video "No stars" Check it out and you be the judge! okay check out blogs I absolutely love talking about personal finance are http://thedigeratimind.com and http://wisebread.com be sure to check them out! What are you all up to today? Are you feeling the video like we are?
Post a Comment
Read more

HOT STYLE FROM THE HOUSE OF DORCAS!! 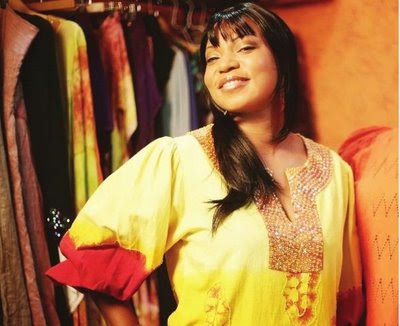 Fabulous Designer , Mrs Ololade Majekodunmi (pictured above) CEO of the House of Dorcas, first moved to England where she studied software testing and worked for various companies but her true love remained in fashion; she relocated back to Nigeria with her husband in 2004 and checked out bead making, but she found out her true passion was in fashion- she found herself really happy and launched her line officially in 2008. Her style is young fresh and trendy yet classy at the same time; While she faced the challenges perseverance got her to where she is today and we certainly agree with her style. First dress pictured is the aptly titled THE DORCAS! Next stop is the camilla dress - fabulous PRICE ON REQUEST Playing games in the KAREN DRESS The dolly dress headturner So what do you say readers, are you loving her style? we sure are!
2 comments
Read more

- May 27, 2009
We have some interesting news in the world of fashion today so check back in 3 hours with us!
Post a Comment
Read more 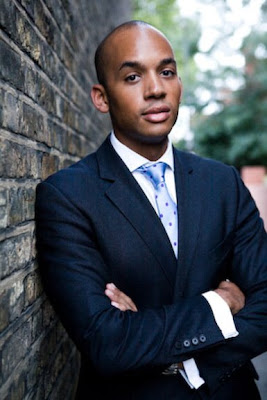 As listed on the BBC , " Chuka Umunna is a member of the management committee of the Brownite pressure group and thinktank, Compass, and its principal legal advisor. As editor of the online political magazine, TMP, he has written extensively on social and political issues and his articles have appeared in the Financial Times, the Guardian and the New Statesman, among other publications. He is a specialist employment law solicitor by profession and is also a trustee of two youth charities." What is even more interesting is the fact that Chuka is an employment lawyer of Nigerian, Irish and English descent. He has been called Britain's answer to Obama. (as seen in checkout magazine below) Now Check out a video at the compass youth event speaking on young people's view of politics; What are your views on this topic?
Post a Comment
Read more

OMG! WHATS NEW MAGAZINE COVER DRAMA! GET OVER IT!! 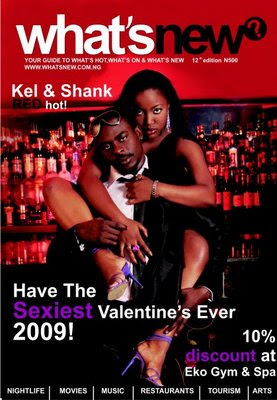 Goodness in case you missed it, readers are peeved by the current issue of whats new magazine (a lifestyle magazine in Nigeria)! Why? Because the cover of the magazine featured two fab entrepreneurs who are not dark complexioned? Well just to prove a point to people commenting on the latest edition; take a look at the previous cover of the February issue of whats new magazine. Notice she is dark complexioned and beautiful; Okay then what do you say? Keep it up, Whats New, I am sure the current copy is flying off the shelves because of the fiasco! Now enjoy one of my favorite videos by T,J-Elewe Ukwu Note videos cannot be banned on Naijagal!
2 comments
Read more

BLOGGING UPDATE! + THE PROGRESS ON OUR NEW SITE + OMG MAD RUSH TO BE ON DBANJ'S KOKOLET MANSION SHOW! 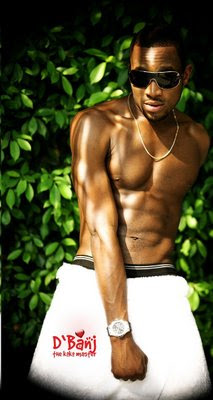 Gosh readers, I am certainly amazed at the wonderful response to our call for contributing writers; I want you to know that we are working on the site and while I decided rather than go through blogging withdrawal while our super nerdy techies put together the top notch site; the likes of Huffington post; the blogging must go on for my dear readers! Okay first off, DBANJ AMAZED AT THE RESPONSE TO HIS KOKO MANSION TV SHOW REQUEST! As though we should be surprised by the response! The entry forms cost a whopping 5000 NAIRA at a new generation bank and they are flying off the shelves! The reason, aside from the cash price of five million (N5000000) is that the winner will feature in his up coming video! Talk about video vixens in NAIJA! Don't know who he is? What rock have you been under? Okay here is his video suddenly: Now you know why the ladies are fighting to be part of this show; it is a good business move on dbanj's part! if you get 10 000 entries that is 50,000,0
3 comments
Read more

COUNTDOWN TO THE RETURN!

- May 02, 2009
Hello readers! Thanks for sticking by Naijagal over the years! Can you believe it is almost three years now! Yes in 2 months, Naijagal would celebrate three years of fashion, style and more... We will celebrate by going bigger and better ! Technologically, we are working on a new site that would include everyone; you have a chance to show off your simply cool style and add your opinions! Yes, what started here on this humble blog as a top style blog is about to evolve into something really big! I am excited are you? In the mean time, thanks for being patient with us. Here are a couple of music videos! Enjoy! G-Exploits: Tear Rubber. Fashion Style video! BY BRIT POP PRINCESS! You just might learn a thing or two about style from her! Thoughts?
Post a Comment
Read more
More posts