STEPHANIE OKEREKE WANTS YOU TO KNOW I Made Kanekalon Hair Popular!!! SHE SURE DID WE HAVE PROOF!!! DROPPED AS BRAND AMBASSADOR!

on January 09, 2014
Speaking with NIGERIAFILMS on the telephone last week, Stephanie explained that contrary to report that she was dumped by Kaneka Japan, makers of the hair product, what happened was that she didn’t renew her deal with them after it expired. 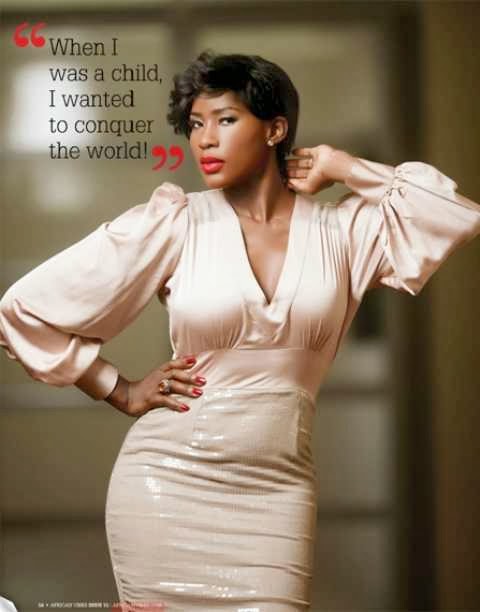 She further explained that most Nigerians got to know about Kanekalon air through her. “I made Kanekalon popular in Nigeria, even though many don’t get the pronunciation right,” the wife of Linus Idahosa told Nigeriafilms.com.
She added that, “a lot of people (the media included) are not well informed on what Kanekalon Hair is. People think the hair is like hair extensions that are sold in the market like ‘Amigos’, ‘Expressions’ and others, but it is not.
“Kanekalon is the fibre that is used to produce these hair attachments. It is like a raw material used in making these hair extensions. So, you don’t expect me to go to the market to buy ‘Kanekalon Hair’, no.”
Stephanie quipped that her relationship with the producers of Kanekalon is still cordial.

Aww well at least they are still cordial, but then again who knows things might change and she will be taken back as the ambassador maybe just maybe??? Our proof?
latest stephanie okereke news