say it aint so!!! Vanity Fair lighten Lupita Nyong'o's skin? Magazine is accused of digitally brightening the 12 Years A Slave star!This is why we have Whitenicious!!

on January 16, 2014
Vanity Fair has been accused of lightening 12 Years A Slave star Lupita Nyong'o's skin in its latest issue. Dressed in a feathery white strapless gown surrounded by white balloons, the 30-year-old Kenyan actress, who is up for an Academy Award, features in the magazine's Vanities section for February.
But after Vanity Fair tweeted a sneak peek of the editorial yesterday afternoon, many were quick to point out that Miss Nyong'o's dark skin looks noticeably lighter 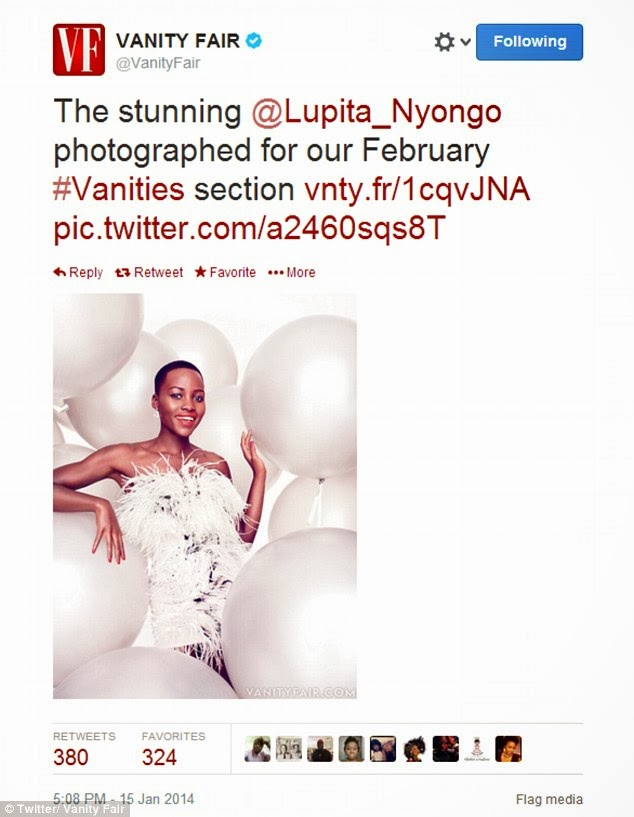