SAY WHAT???? YOUR BRAZILIAN OR INDIAN HUMAN HAIR IS MADE BY CHINESE MAKERS IS A MIX BETWEEN GOAT HAIR AND HUMAN HAIR!!! WAHALA DEY!!

on October 10, 2014
You know every top notch naijagal wears a weave when they feel the urge to! come on even the Natural hair  ladies now have human hair weaves for natural. Fact no lie! Well get this now if you must know! Chinese manufacturers have been allegedly mixing human hair with GOAT HAIR!! Yes EWE! can you say eww! so your human brazilian hair which you paid 100000 or so thousands for just might be you guessed it GOAT HAIR WITH A SPRINKLING OF HUMAN HAIR  MIX!! 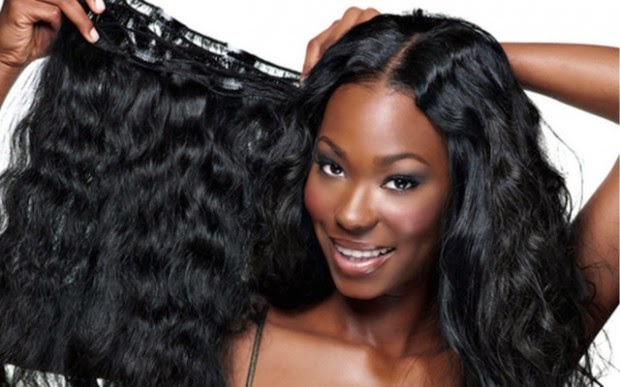 In China, hair extensions, wigs and weaves are big business. Buyers in hair salons and shopping malls are often told they are getting real human hair - but when you look closely, sometimes things are not as they seem.
In a tiny village in Hunan province, central China a man dressed in a white vest and shorts rides around the dusty streets on a rusty bicycle, shouting and ringing his bell.
I stop him and ask what he's up to. "I'm collecting hair," he says. "When I ring my bell women come out and I cut their hair. I make hair extensions."
I ask him how much he pays women for their hair. "I offer them a good price, but I need to make a profit," he says with a smile.
The streets of the village are covered in hair drying beneath the scorching sun. Some of the hair is definitely human hair, yet the number of shaven goats wandering the streets suggests otherwise.

Eww it gets worse here is some more of what they have to say about it. 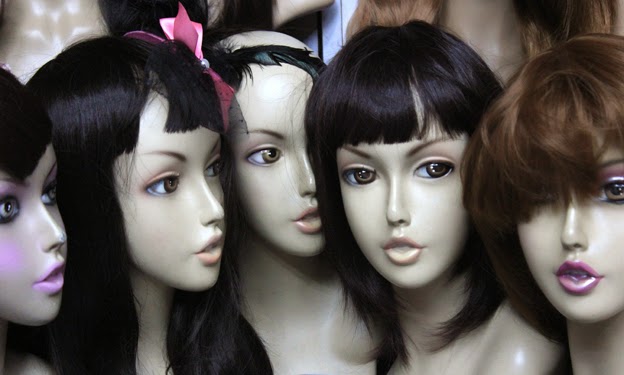 After collecting the hair, he takes it to a small factory where ten women weave it together into hair extensions.
Looking on, I can see that some of the hair being woven together is human and some of it definitely is not. He then sells it to larger factories where it is treated with chemicals before being sold to shops around the country.
Massive hotels and office blocks dominate the skyline close to the vast and murky brown Pearl River. The tops of the skyscrapers are hidden amid the thick palpable pollution.
Beneath the smog is where I met Lily. She owns a shop selling wigs and hair extensions in Guangzhou's enormous beauty exchange centre in an area known as Sanyuanli.
Here you can buy anything from nail polish and night cream to foot spas and foundation. The lower floor of the market however is dedicated to hair - terrifying mannequins sport wigs and weaves of every colour the rainbow has to offer.
Lily sits on a stool in her shop, bunching the recently delivered hair together into fringes, curls and metre-long straight extensions.
The hair is held together with labels which supposedly tell us their country of origin. Here, apparently, one can buy hair from Peru, India and Brazil.
There are no Chinese customers here though - every buyer seems to be from Africa. Nigerians, Ghanaians, Congolese, South Africans, Angolans and Ugandans scour the impressive hall for the best-priced hair extensions available. They tell me they can triple their money when they get home.
Towards the end of a busy day I ask shop owner Lily how her business is doing. "It's ok, we used to sell to Europe and America, but now nearly 100% of my clients are in Africa," she says.
Lily shows me a list of the nationalities of the traders she sells to - of the 39 countries on the list, 37 are in Africa, reflecting the large African community in this city. 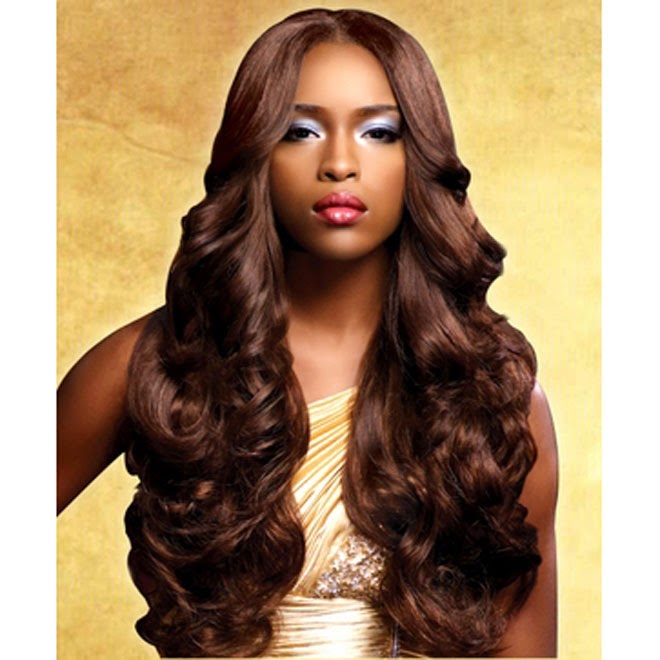 "It's good business for me, but the problem is we pay more for the hair now, as living and production costs in China are higher now."
Lily then describes, how in order to make her business profitable, she has to use fake scales when weighing out hair to customers and buy a mixture of human hair and synthetic or goat hair to lower costs.
"We say it is Indian hair or Brazilian hair, but in fact it is normally Chinese hair or even goat hair. They never realise. This is the only way we can keep things cheap," she says, adding that her customers always drive a hard bargain.Before we can finish our conversation Marie from Uganda comes in, demanding: "I want Brazilian hair, only Brazilian, give me your best quality and best price."
The negotiation goes on for hours under the watchful eyes of the wig-wearing, angry-looking mannequins. As the sun sinks and the moon begins to rise over Guangzhou's polluted skyline, Marie leaves empty-handed.
I run after her as she leaves the shop to ask if she knows that some of the hair isn't human. "Of course I know. The Chinese think we're stupid. I come all the way from Uganda and they think I don't know hair," she says.
Marie pauses and then lets out a huge, hearty laugh before coming close to whisper in my ear: "I laugh a lot when I go home and I know that the beautiful women of Kampala have goats on their heads."

Anonymous said…
Well I will still rock my own
9:39 AM