on October 10, 2014
This just in well, according to daily email Angelina Jolie is now a dame 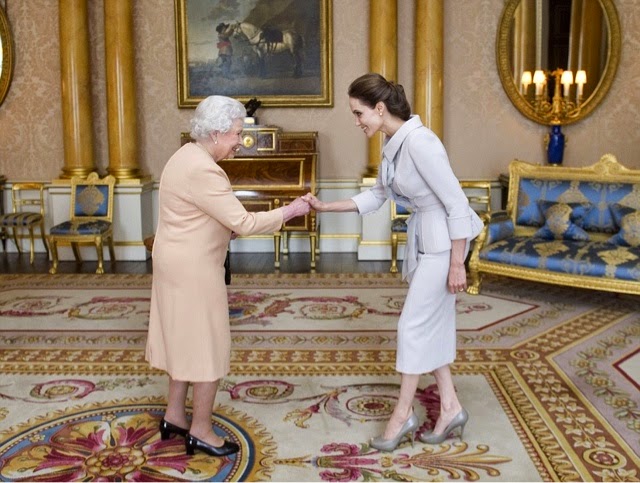 Angelina Jolie was made an honorary dame during a private audience with the Queen today in recognition of her campaigning against sexual violence.

The Hollywood actress, 39, was presented with the Insignia of an Honorary Dame Grand Cross of the Most Distinguished Order of St Michael and St George at a reception at Buckingham Palace.

The monarch herself received Oscar-winning Jolie, who starred as Lara Croft in Tomb Raider, Mr and Mrs Smith, and Changeling, and who was named by Forbes as Hollywood's highest paid actress.

The actress was accompanied to the Palace by her husband, Brad Pitt, and their children, sources told MailOnline, and they were all introduced to the Queen, although they did not have official pictures .