Bang Bang’ RACES To Top Of 2014 Chart As #1 Bollywood Film In North America: Box Office with $2.5 million! WATCH THE TRAILER GET YOUR FIX!! 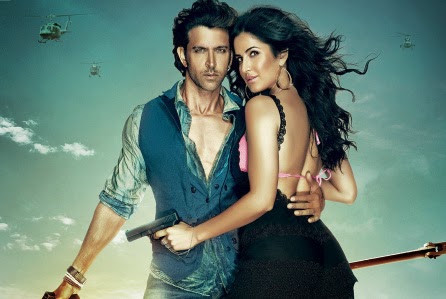 Hrithik Roshan-starrer Bang Bang has advanced to the top spot among Bollywood films in North America for the year. With a gross now of $2.56M, it bested the previous 2014 record holder, Salman Khan’s Kick, which earned $2.47M during its summer run. The Knight And Day remake that co-stars Katrina Kaif went out day-and-date on October 2, scoring the biggest opening weekend of the year for a Bollywood title. From Fox International Productions and Fox Star Studios, Bang Bang is still playing at over 100 theaters across the U.S. and Canada.

Okay nice to see now go on watch the trailer you know you want to!
BECAUSE IT IS BLOODY HOT!!