HOW TO START A PROFITABLE BUSINESS? ENTREPRENEUR PHYLIS TAYLOR ON HOW SHE STARTED HER BUSINESS FEATURED ON BBC!


Phyllis Taylor Entrepreneur super star designer of SIKA Designs was recently profiled on BBC AFRICAN DREAM series  which talks about How to start a business by profiling profitable businesses! 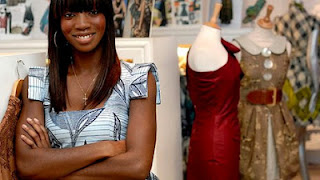 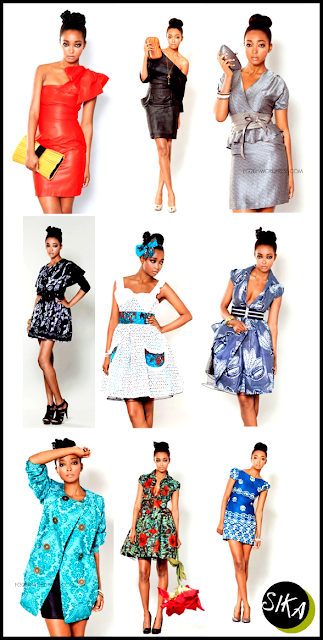 age: 33
Studied at the Brits Performing Arts School (1994-6)
Read Music at Brunel University (1997-2000)
Courses in Dressmaking and Pattern-Cutting at the London College of Fashion (2000-2002)
Started Sika Designs in 2006
Her firm employs 12 people in Ghana and three in the UK
Hobbies: Looking at shops and other designers, reading magazines, walking

From a young age, Phyllis Taylor loved the colourful prints in West African clothing and dreamed of seeing them used not only in traditional dresses but also in garments that her peers would wear.

Although she was born in the United Kingdom, she would go every summer to her parents' homeland, Ghana, where the production side of her fashion business is based.

"It's not something that you see in the UK unless it's in a traditional way, so I thought 'let me see if I can produce something that youngsters of my age group at the time would feel comfortable wearing', so it just kind of started from there," she explained.

Ms Taylor studied music and performing arts before taking courses in dressmaking and pattern-cutting at the London College of Fashion.

"I always wanted to start my own business and I always had a love of fashion," she told the BBC Africa's Mary Morgan.

"I kind of almost fell into marketing and PR - not that I didn't want to do it - but it was kind of a sidetrack thing and I thought 'I am still having this kind of urge for fashion', so I must have taken a short trip to Ghana and made a few pieces," she said.

Part-time jobs
At the time she was selling jewels at the Selfridges department store in London, and had another part-time job in the marketing and PR section of a British tabloid, The Daily Mirror.


"When I produced the pieces that I did - in the first trip - I started selling to my colleagues in Selfridges, and then they were like: 'This is really nice stuff, you should try and get it out there'," she said.

Since she was practically working seven days a week doing both jobs, she managed to save some money to start her own business, Sika Designs, in 2006.

"I stopped working in 2007. I still wasn't ready but - because this kind of business takes up a lot of your time - I didn't have any time to do it the way it had to be done, so I had to just stop."

Her designs are now being sold in Accra, London, Paris, New York and Tokyo.

"Basically, I design all the pieces here [in London], I get together a collection, take it over to Ghana, once I get there I go to the markets and I kind of decide what print would work with that particular shape, take it to the dressmakers and they'll make it up."

At the moment her company employs 12 people in Ghana and three in London.

"It's not been easy working with the tailors and the dressmakers I have because they're not used to the finishing that we're used to here, that we expect," she explained.

A growing business
Ms Taylor told the BBC that she decided to keep the bulk of the company in Ghana because logistically it did not make any sense to her to ship the prints from Africa in order to make the dresses in the UK.


And how has her company changed since it was founded?

"I started selling in markets but not for long. It was very apparent to me, almost instantly, that I needed to have someone who was already established to sell my pieces so I literally just walked the road with my portfolio and a bag full of samples.

According to her, "this was at a time when African print was not on the radar, no-one was doing it at all".

"To convince somebody to take something that was made in Africa, with African print and made by a designer that was virtually unheard of, it was very difficult".

Ms Taylor added that it was also very challenging to sell her garments in Ghana at the time because people were not used to the combination of prints and a modern design.

However, she has a boutique in Accra now and dreams of expa

How to Start a Business SIKA