This Company Is Paying Nigerians to Learn Computer Programming!!!!

on September 28, 2015
Yes it is true! You could learn how to program and get paid! Here is how it works,
According to wired magazine 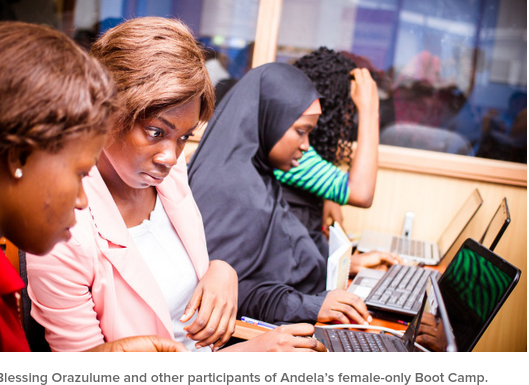 CHIBUZOR OBIORA WAS an out-of-work TV news anchor in Lagos, Nigeria when he came across a curious link on Twitter: a company was offering money to people willing to take a course in computer programming.
For Obiora, it sounded too good to be true. “I was always interested in learning [to code] because of the problem solving aspect of it,” he says, “and here was a firm that promised to pay you to learn.” But it turned out to be a very real opportunity.
The company is called Andela. It’s based in New York City, and it pays Nigerians to learn programming skills before putting them to work on projects that serve businesses back in the States. After about four months of training, Obiora now works under Andela as a web development contractor for an (unnamed) U.S. based organization—all without leaving Nigeria.

Yes but wait there is more to this story:

Offshoring development work is nothing new. But Andela does things a bit differently. Instead of its students handling a client’s project on their own, they work hand-and-hand with workers inside the client company. Obiora, for example, participates in his client’s Slack chat room, uses the same project management tools they do, and he’s part of the same email conversations that drive those projects. Like other Andela students, he works the same hours as his U.S. counterparts.

So do you work for Andela? I want to know! Send me an email at naijagals@gmail.com