"I am dealing with alcohol problem, infidelity, cocaine, bad debt and a husband who is jealous of his wife’s success!" Our Naijagal Tiwa Savage reveals her anguish, pain and the truth behind her marriage and her husband’s suicidal break down.

on April 29, 2016
I am dealing with alcohol problem, infidelity, cocaine, bad debt and a husband who is jealous of his wife’s success! Our Naijagal Tiwa Savage reveals her anguish, pain and the truth behind her marriage and her husband’s suicidal break down. 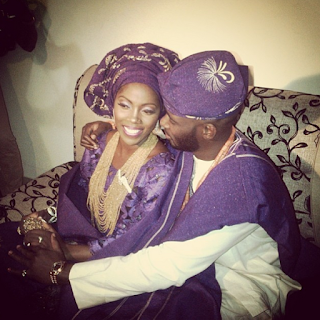 Tiwa savage finally breaks her silence. She talks about her husband’s infidelity meeting a lady in hotel in a hospital while she suffered complications from pregnancy at a hospital in London. She covered up so much to make her husband feel like the man. The head of the household. Since the birth of her son TJ has not spent a single Naira on her son! He claimed he did not have money for diapers but he had money to cut his hair and take women to hotel rooms.


When asked when he said she has not cooked from him.
She replies that that is a lie,, she is the one who works and puts the money in the house. She works long hours to put a roof over their head. Theere is not a time that she comes downstairs and if she cooks she also makes for her husband, Plus she hired a cook because of her busy schedule.


She said it is not true that she does not ask him if he has eaten. He goes out and come back the next morning at 2 pm drunk angry and living on egg shells because she never knows what mood he will be in.
He will go out and not call and not tell her. She is scared for his safety , she calls his phone frantically plus Tiwa is praying at least she knows he is alive even though he is with another woman,.


What was a role as your manager.


I will never deny that he worked hard for me or that he believed in me. What I will say is at what point, he will book shows for events and she noticed there was foul play. Company policy is hat you will be paid before the event, she had a wedding event in london and wanted to ensure they have paid. TJ was paid for an event for Tiwa and he lied that he was never paid! Wow! TJ declared the show was for 3 million but the show was for 4.5 million. He got his management fee of 40% out of the 3 million  plus the 1.5 he did not declare!


About the accusations of Tiwa’s mom being a witch!


Her response: My mom is based in the UK and when she had Jamil she moved back to Nigeria with US. My mother is not like that, she is a sweet sweet lady, british she will not judge, infact a lot of times my mom will say to me Tiwa you are the wife be patient, don't curse or shout the woman is the one that builds the home. I love for him to tell me if there is  something my mother has done.


On the allegation of sleeping with Don Jazzy and everyone


I have never cheated on my husband. Not with Don Jazzy Dr Sid or tuface. I am willing to take a lie detector test. Tunji Knows that in his heart (breaks down crying). Sometimes I go into the studio (breaks down crying) some of the things that Don Jazzy says about me is that I am diplomatic and how to cry myself in difficult situations, I am not going to lie that I have not seen comments said about me. It is not true ( continues crying)


Could it be that he wishes he were the breadwinner of the family.
When your finances are not straight you will be depressed. He has been struggling financially since he stopped being my manager. I had no choice but to separate business from marriage. TJ wants to live a life that is not true. He bought a mercedes and he did not have enough money to finish paying the balance. I ended up paying the balance at about 3.5 million, he said I took away his manhood. I am not allowing him to be a man. When it was time to pay she put the money in his account. He bought a rolex watch and did not pay the balance, the


He borrowed 45 million, and  was not able to pay. Meanwhile I do not have 45 million we do not have milk in at home. What did you do with 45 million?


I walked in on him taking cocaine in 1004. I screamed TJ and he quickly placed the paper wrap in his pocket but she saw his nose. The first thing she did was to call his parents, how do you not have money and then you take cocaine??  She is dealing with alcohol problem, infidelity, cocaine, bad debt and a husband who is jealous of his wife’s success!


I am not going to lie that I made a mistake. Do I want to wait 10 years, 15 years? If you are not happy you can leave, will she ever find happiness? That is the misconception that I feel sometimes in our society. I do not care if I never get married again, I care about being strong. I care about not walking on eggshells, I want a man that works. Someone that can help me with my financial burden.


Was he abusive
He was mentally abusive situation, everyday he will say I took you from nothing.


Are you saying married you marriage is over.
Yes it has been over for a while and I covered up for while. He made it easier for me to walk away from this . So many people will say if this thing happens again do call us


How will you parent
I will bring him up to be a good boy.


I don't wish anything bad about him, I was just concerned about him. I do not want my son to grown up and hear your father committed suicide. I will pay for him tonight.,


Does he have bipolar


He must have. He needs help. Even now after everything he has done I want to help him. I just want to say if there is anything on my part that made Tunji not feel like a man, then I am sorry. You know I love you so much I am sorry. I never wanted divorce, I will always pray for you!