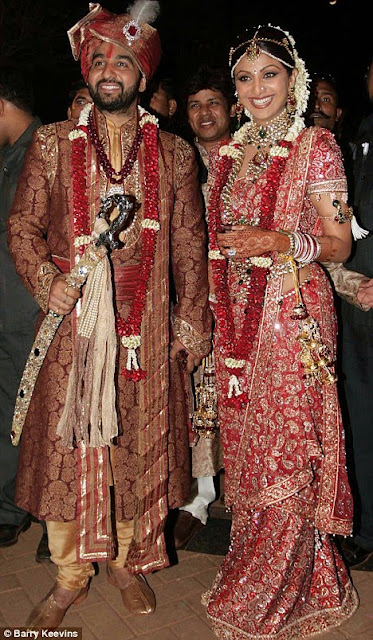 TOP Bollywood actress Shilpa Shetty got married today in what was described as an amazingly lavish ceremony in western India earlier today. 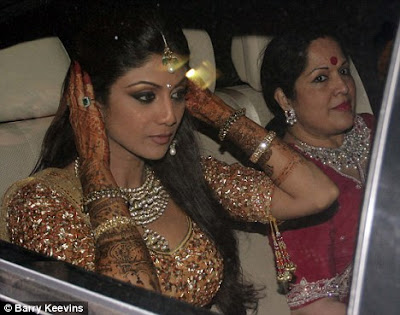 The pretty 34-year-old was clad in a red sari embelished with diamonds and emeralds as she exchanged vows with London-based businessman Raj Kundra in a close-knit family wedding in Khandala, a hill resort near Mumbai. 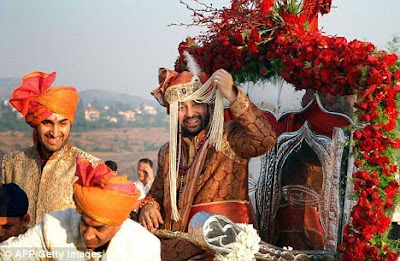 Shilpa Shetty's father made it to the wedding despite being diagnosed with malaria, and her sister Shamita Shetty (right) was also there after pulling out of an Indian reality show to attend the wedding. 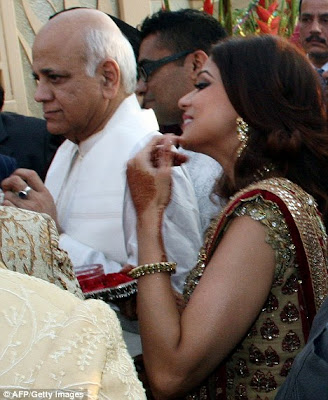 The businessman had a chariot pulled by two horses to take him to the service as shown below: 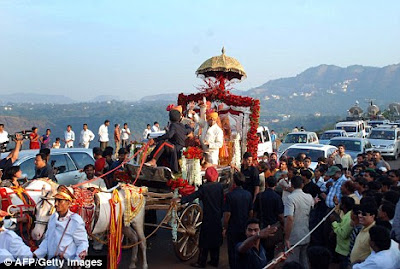 Absolutely beautiful, according to Shilpa
'This is my dream wedding. We plan to shuttle between Mumbai and London after marriage. I shall strive to be as successful at home as I am outside. I want to excel as a homemaker,' she said.
She also talked about criticism that she was marrying a millionaire divorcee.
'Let's be positive. Raj is experienced and hopefully won't make the same mistakes again,' she said, adding that 'we are used to a certain lifestyle and it's practical to choose a spouse who can at least match those luxuries, if not more.'

Exactly once you are used to a certain lifestyle, it make sense to stick to that life style or what do you say readers?

wienna said…
wow...i'm glad she found someone at last. I remembered when she appeared on Celebrity Big brother in the UK and she was talking about how it's been hard for her relationship-wise. Congrats to her.
7:59 PM

Anonymous said…
she is abitch shuddi hui million bar
12:56 AM