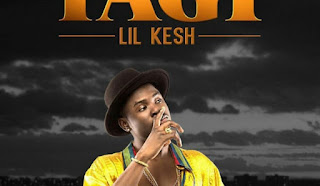 Kesh is mad as hell at people who pirate his album – YBNL rapper Lil Kesh dropped his debut album and already some crazy pirates are already selling it  online. This probably no really made Kesh mad!!!

@afrobeat9ja I give you 30mins to take down my album from ur site n this goes out to every Blogger uploading my album I’ll sue you no jokes
— LiL KESH (@lilkeshofficial) March 17, 2016

@afrobeat9ja I’m not fucking around. Don’t piss me off

The day hasn’t been all bad for the Shoki rapper however, as he got himself a new Mercedes to celebrate his album launch.

This pirates must not know the streets!!