on March 14, 2016
This just in well according to the guardian newspapers! 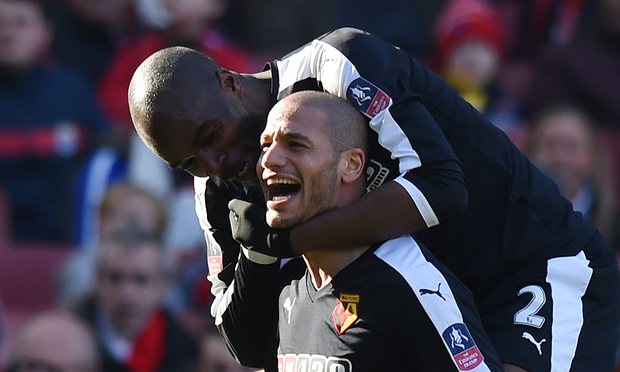 Watford earned themselves a trip to Wembley in the FA Cup semi-finals with a display of marauding forward play that left Arsenal stung and out of a competition they were aiming to win for the third season in succession.

OUCH!Arsenal why?????Can't say we saw this one coming!
FA cup