on January 27, 2016
Omg! Did Wizkid's alleged new baby mama just throw Wizzy under the bus?? Well sources say yes! And the source is from our favorite Naijagal blog site " The Shade Room!" Yes you heard it right, American based the shade room is owned by a Naijagal and yes we love it!! Naijagals Rock!! Ok back to the story:

According to the " Shade Rooom"" 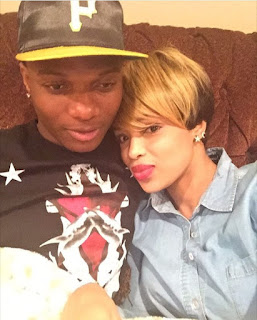 Wizzy is a deadbeat Dad!!!

Anyway, fast forward to the following year, Wizkid began dating Binta which would continue off and on for 2 years. She told us that when she learned that she was pregnant in 2015, the rapper said that he was going to embrace being a dad this time around and that he’d certainly care for the child. However, he kept the child a secret from fans again! Not only has he not seen his son yet, but he hasn’t shown much interest in being a father and Binta wants that to change! Binta says that she just wants him to step up and be a man about his responsibilities.

What are your thoughts, Naija Roommates? Let’s chat!

Yeah lets chat about it..... is Wizkid a dead beat dad?  Seriously he should have stayed with Banky W..