OMG! The Shocking charges behind Ex Petroleum minister's Deizani's arrest! plus she is out on Bail!

on October 02, 2015
Former Minister for Petroleum Resources Diezani Alison-Madueke allegedly got arrested today! But what is crazy are the charges and the reaction on social media 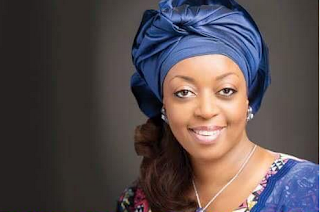 The immediate past Minister of Petroleum Resources, Diezani Alison-Madueke, was on Friday arrested in London, PREMIUM TIMES can exclusively and authoritatively report.

The former minister, who was one of the most powerful officials of the President Goodluck Jonathan administration, was arrested Friday morning by the UK National Crimes Agency, alongside four other people.
The identities of the four other people arrested along with her could not be immediately ascertained.
PREMIUM TIMES learnt she was arrested for offences related to bribery, corruption and money laundering.

She has already posted bail
According to channels tv
Nigeria’s former Petroleum Minister, Mrs Diezani Alison-Madueke, who was arrested in London on Friday, has been granted bail.
This was after she had been detained for several hours.