BREAKING NEWS!! According to multiple sources, legendary fashion designer Oscar de la Renta has died at the age of 82.

He was 82. The cause of death was not immediately clear. 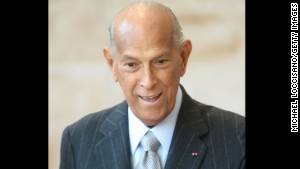 otos: People we lost in 2014
Throughout his career, de la Renta dressed first ladies, movie stars and some of the world's most famous brides.
He enjoyed more than five decades in the spotlight -- putting high society in haute couture -- from Jacqueline Kennedy to, most recently, George Clooney's new bride Amal Alamuddin.

Wow so sad worked till the end well done sir!!