Why did Peter okoye of psquare not attend his brothers wedding???? This is serious!!! 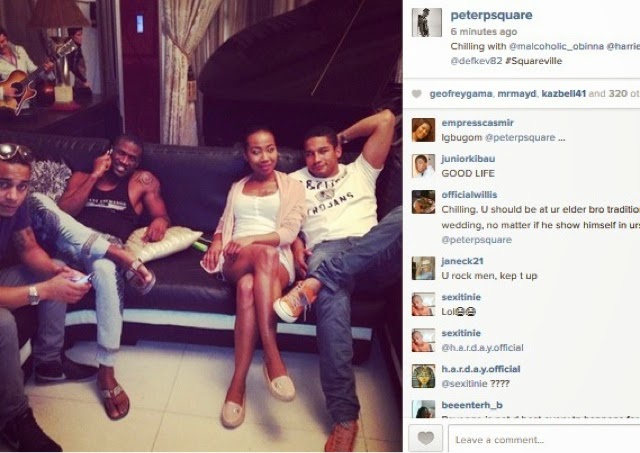 Is Peter AWOL from his brothers wedding?

Peter Okoye instead shared photos of himself Allegedly chilling’ with friends at their Squareville mansion in Lagos on Instagram, while his brother’s wedding to his sweetheart Ifeoma Umeokeke was underway. This move has caused controversy among Peter’s fans. They wondered if it was payback for his brother not attending he's own wedding.

Some of the fans blasted him for paying his brother back for not attending his own wedding to Lola in November 2013, while others defended him.

Let's give him the benefit of doubt something came up that did not allow him to attend the wedding okay people. Stop taking Panadol for another man's headache!!

Why was Peter okoye not at Jude okoye's wedding