"It has been a good run and I have enjoyed every moment"! Nigerian Soccer Coach Keshi Resigns! 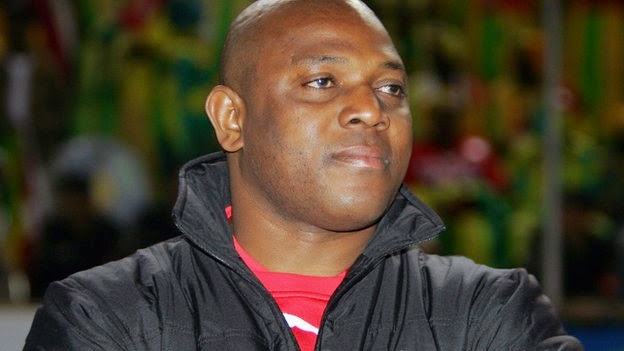 “It has been a good run and I have enjoyed every moment,” Keshi said in a post on his Twitter account. “It’s been an honor coaching the Super Eagles. It is however time to bow out.”
France beat Nigeria 2-0 in their World Cup last-16 match in Brasilia, the Brazilian capital, last night. The West African nation had progressed beyond the group stages of the quadrennial competition for the first time since 1998.
Keshi, 52, captained the Nigerian national team for more than a decade and played club football in the country, Ivory Coast, Belgium and France. He was assistant national coach in 2002 when Nigeria qualified for the World Cup and later coached the Togolese national team and helped them qualify for the World Cup before being fired just before the tournament.