on July 21, 2014
NAIJGAL ARUNMA OTEH As the first Nigerian woman in the MBA program at Harvard in 1990, Arunma Oteh was seen as a princess by her classmates. Today, she rules Nigeria’s financial markets. 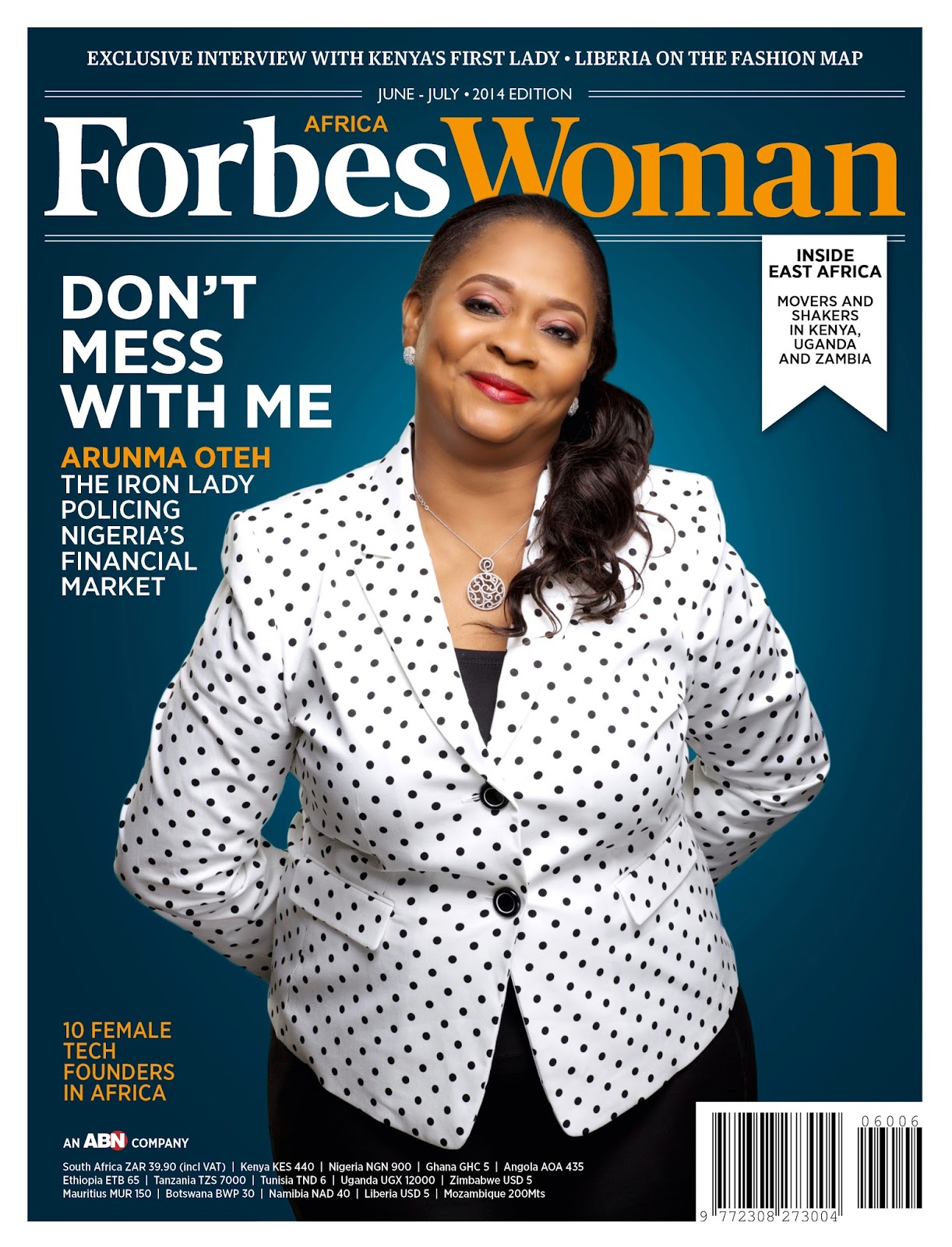 Check out her impressive bio below


Arunma Oteh became the Director General of the Securities and Exchange Commission (SEC), in January 2010 and was elected Chairman, Africa Middle East Regional Committee (AMERC) of the International Organization of Securities Commissions (IOSCO) in June 2010. She is a member of the Nigerian Economic Management Team (NEMT) chaired by the President of Nigeria and a Director of the Board of the Asset Management Company of Nigeria. She is also a Board member of the International Organisation of Securities Commissions (IOSCO) and a member of the World Economic Forum (WEF) Global Agenda Council on Institutional Governance. Prior to joining the SEC she was Executive Vice President, Corporate Services, from 2006 to 2009 and Group Treasurer from 2001 to 2006, at African Development Bank Group (AfDB). She also held other positions in treasury and lending in the course of her career in the Bank which she joined in 1992.
Prior to the African Development Bank, she worked in corporate finance, consulting, teaching and research for a number of institutions including the Harvard Institute for International Development, U.S.A. and Centre Point Investments Limited, Nigeria. She has served on the board of a number of organizations, including the Advisory Board of the Africa Investor, and the International Financing Facility of Immunization (IFFIm). She is the co-editor of the book, ‘African Voices African Visions’.
Ms. Oteh holds a Masters Degree in Business Administration (MBA), from Harvard Business School, Boston, U.S.A. and a First Class Hons. Degree in Computer Science, from the University of Nigeria, Nsukka, Nigeria.
In 2011 and in recognition of her contribution to economic development and to transforming the Nigerian capital markets, she was awarded the “Officer of the Order of the Niger (OON)” national honour.  She also received the “Distinction In Public Service” Commonwealth Business Council/African Business Award in 2011 and the Eminent African Business Leader Award from the China Foundation for Global Partnership in 2013 while the SEC received the Africa Investor’s “Most Innovative Capital Markets Regulator” award in 2011 and 2013.

And just in case you have been sitting under a rock and want to know more, here is a video from CNBC Africa!! Impressive