Musa vs Messi ( the messy details behind Nigeria vs Argentina match)!! 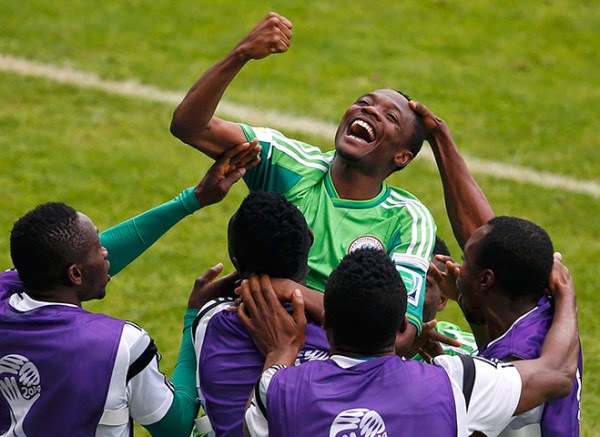 From the look of the of things, the NIGERIA VS ARGENTINA match was certain a MUSA VS MESSI contest. Musa vs Messi competition shows that certainly there will be a lot of soccer clubs watching Musa thanks to Musa vs Messi soccer match yesterday. The Musa vs Messi show began with Messi scoring weekend two minutes and 20 seconds! Not to be outdone, the Musa vs Messi continued with Nigerian superstar scored a goal that effectively tied the match.1-1.
Messi struck again with an impressive wiki over the wall underneath the crossbar, just one minute into the first-half stoppage time. Not to be outdone once more, Musa scored another goal just two minutes into the second half thereby making it once again a Musa vs Messi show down.
What exactly broke the tie between Musa vs Messi? Argentinian defender Marcos Rojo, thanks to a corner kick off his knee scored  the last goal thereby ending the Messi vs Mussa saga!!!