TOP 5 HIGHEST PAID VIDEO VIXENS IN NIGERIA + HOW MUCH THEY GET PAID!!! ITS HOT! 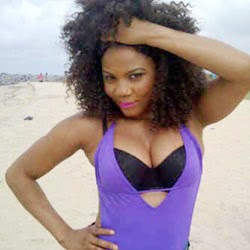 *Cynthia Cinci Ezekiels:  Apparently not only has she featured in music videos locally she has done so internationally. The list of artists she has worked with include Brandy, Mario, Chris Brown, Mary J Blige, Fat Joe, Tuface Idibia, D’banj, P-square,  J. Martins, Iyanya, Timaya, Terry G ,VIP of Ghana, Omawumi, May D, Samklef, Burna Boy, Olamide, and a lot more. She was the luscious face in Tuface Idibia’s ‘Iheneme’. How much does she charge to be in the videos? Well allegedly she charges anywhere from N199000 and up. Not bad I must say.

Next stop is Mimi Ubini
Her body of work in the entertainment industry goes across a broad spectrum. She has dabbled in acting and modelling plus get this she also started blogging.She was featured in BRYMO's ARA video and her rates start at N199K and up


*Tosin Pedro
She is sassy and classy. She is a well-known video vixen locally and internationally. One will remember her enchanting presence in ‘Feel Alright’, a video by Ice Prince featuring Davido. She rates between N50,000 and N100,000.
*Beverly Osu
This Big Brother Africa Housemate girl has been a video vixen long before she tried her hand in the Big Brother Africa. Liberated and free-spirited, we have all seen what Beverly can do. She was the vixen in Ice Prince’s ‘Oleku’. She rates just a little higher, between N50,000 and N120,000.
*Carphee Azeez
Carphee has a beauty that oozes sexinessthat could get a priest in a twist. Lively and luxuriantly effervescent, Carphee dazzled in Durella’s ‘Club Rock’. She rates between N50,000 and N80,000.