THIS IS THE ONLY POST YOU NEED TO READ! STEAMY!! WHY OIL RICH GUYS GET THE GIRLS!

on April 23, 2016
Originally posted in 2008 updated!
I blogged about the novel ABEKE, which will be available for download sometime in march according to the authors. Well here is an unedited snippet. Your comments of course are welcomed 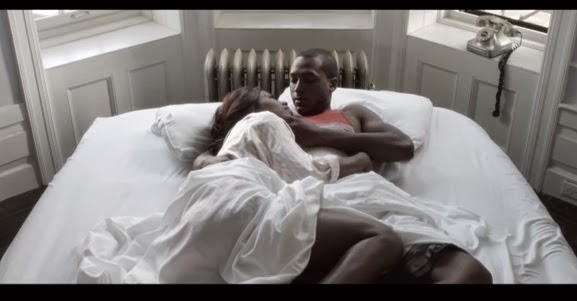 “Are you coming over Abeke?”
That was Rex calling over the phone. He always had a way with words. Why in the world would I want to attend his party? Could it be because his father is the governor of Lagos and he is now running his own oil marketing firm or could it be because I am just plain bored with his antics?
“Abeke? Did you hear me or are you suddenly deaf?” I heard his voice once again through my cell phone. Oh goodness, I just wanted to hang up the phone already. But for some stupid reason, I could not bring myself to cut the line off. Well who cared anyways it was his phone credit not mine.
“Listen I am going to send the driver to pick you up on Saturday, the party is at the Vortex  up on queens drive, be ready. Oh and one more thing, you have to wear white. It is an all white party.”
Before I could utter a word, he hung up the phone! I could not believe it that I, Abeke the lady every man “worshipped” on the island could be treated this way and yet take it. Well what can I do, he is after all the most sought after bachelor in the country.
Sex with Rex was also mind blowing, of course I had to teach him a few tricks of my own, and I loved it that I could please him.
I remember the first time we had sex; it was the night his father got sworn in as the governor. Rex was having a party at one of his father’s many mansions and a friend of mine, Lola, so happened to invite me over.
There he stood incredibly dark handsome, smooth brown complexioned and six foot tall. He had on a pair of large aviator “stunners”. I felt his eyes staring directly at me, mind you all the girls in the room were all over him. Yet I was the one he was attracted to.
“Isn’t that silly?” Lola asked nudging my elbow. “Who is he trying to impress?”
“Eh who?” I asked feigning ignorance; of course I knew who she was talking about.
“Him, party boy, wait a minute I will introduce you two.”
Before I could say no, Lola dragged me over to him. With his hand wrapped around her waist, Lola gave him a quick hug then turned to face me.
“This is Abike, a good friend of mine darling.” What she just called him darling, were they together?  I wondered.
“Abeke…..” He said with out taking off his shades. “Hope you are having a good time, let’s dance.” Who was I to refuse this sexy goodness of a guy? The next thing I knew I was dancing to the music by popular musical group, psquare.
“Personally” the song blared away. Of course Rex was not actually dancing to the song; instead he had his arms wrapped firmly around my waist, swaying side to side slowly. His issey miyake perfume began to take over my senses. I still hadn't seen his eyes, but from what I had seen in pictures from the vortex parties on face book, they were gorgeous. One wondered how the governor birthed such a handsome guy. Well one only needed to see his mother, a former beauty queen. Rex had taken after his mother, thank God.
I could feel his chest pressed firmly on my breasts, his right hand gliding down to grab my backside while the left held a huge bottle of the drink, “Moet”.
I was officially under his spell. I told myself he must be under my  spell as well. We probably danced in the same position through four songs; occasionally I would hear a friend say hello to him.
“You are beautiful,” he whispered into my ears. Then he turned around, a bottle of “moet” in one hand, the other holding my arm and leading me slowly out of the party venue and into a waiting Hummer. Motioning the driver of the vehicle, he said
“My condo at 1004 and no looking back”
“Yes oga.” The driver replied looking straight ahead.
ABIKE IS BACK STEAMY