six girls who escaped BOKO HARAM FRIGHTFUL WORDS " If you want to die, sit down here. We will kill you. If you don’t want to die, you will enter the trucks," #bringbackourgirls 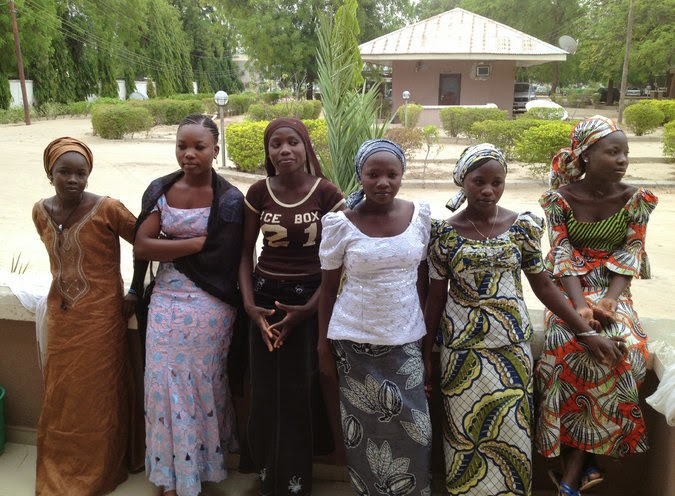 THE NEW YORK TIMES REPORTS
MAIDUGURI, Nigeria — Among the lucky ones, there are pensive smiles but not much laughter.
When the militants came to their school, the men shouted “Allahu akbar!” and announced, “We are Boko Haram,” firing their rifles and threatening casually to kill the teenage girls studying there.
“They said: ‘If you want to die, sit down here. We will kill you. If you don’t want to die, you will enter the trucks,’ ” remembered Kuma Ishaku, a soft-spoken 18-year-old in a bright white blouse with silver sparkles. Frightened and crying, the girls boarded the trucks.
But then Ms. Ishaku fled — one of 53 girls from the Chibok Government Girls Secondary School who escaped their captors.