These are her confessions!!! Tamika Raymond Usher's EX to star in new TV show Atlanta exes!

on March 08, 2014
Yes you heard right this is not the rumor but a fact ! Ushers eX Tamika Raymond is going to be starring in a brand-new TV show on VH1 called Atlanta exes !! You bet will be watching and I bet you usher will be watching too!! 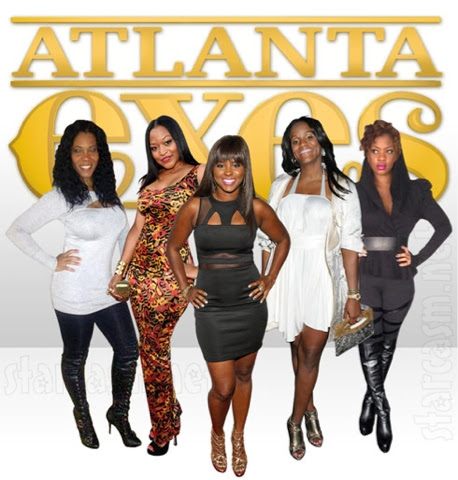 The word according to VH1
“Ex” marks the spot this year on VH1. Not only are we excited to announce that the third season of Hollywood Exes is premiering on April 30th, but we have a brand new show with a new cast of bold personalities from down south coming your way, too. Make room in your schedule for Atlanta Exes, debuting this summer. The cast of Hollywood Exes will be further expanded to include reality veteran Shanna Moakler, ex-wife of Travis Barker and star ofMeet The Barkers. And down in Atlanta, the new cast features Monyetta Shaw (ex-fiancee ofNe-Yo), Tameka Raymond, Christina Johnson (Cee-Lo‘s ex), Sheree Buchanan (ex-wife of football star Ray Buchanan), and Torrei Hart (ex-wife of comedian Kevin Hart). You knowthese women have stories to tell. Read on to find out more about both shows below, and scroll through our gallery to get to know the cast of Atlanta Exes and see which VH1 reality stars they already call their friends.
Okay we just have to wonder,   do you think Usher will make a cameo appearance in the show?
Tamika Raymond to Stair in Atlanta exes