LMAO!! KIM GETS $500000 FROM RICH BILLIONAIRE WHO ALLEGEDLY WANTED TO BE ALONE WITH HER? HE SAYS "SHE IS ANNOYING ME" 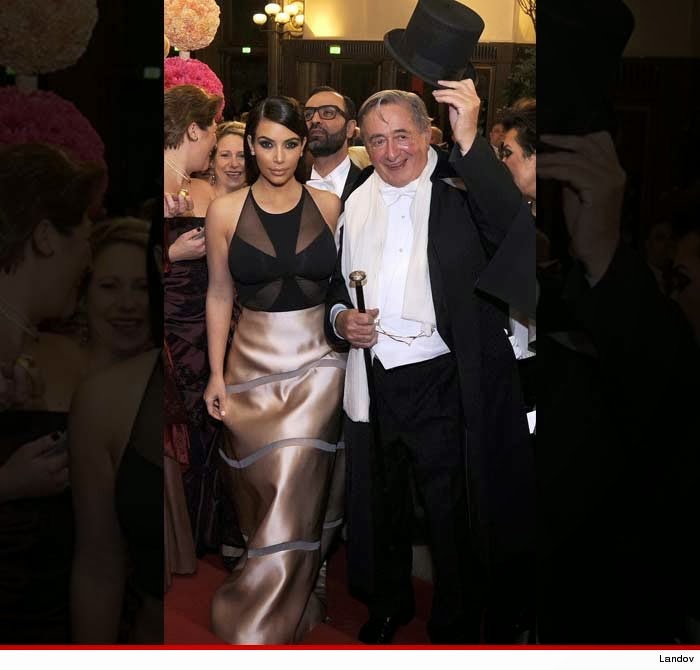 Kim was paid $500K to be the guest of Richard Lugner, an Austrian businessman who has a long history of paying starlets half-a-mil to be his arm candy at the Vienna Annual Opera Ball.Lugner just did an interview trashing Kim for not sticking to the program, saying, "Kim is annoying me."But we're told she was taking pics with Lugner when a guy who was working the ball came up to her ... IN BLACK FACE acting like he was Kanye.  She walked away from the guy, but had to stay another hour and a half.The final straw.  A short time later a guy came up to Kim and asked her to dance.  She said she wasn't a good dancer, and then the guy responded, he would dance with her if the orchestra played "N****rs in Vienna."  Kim is saying there were other problems.  She told her people Lugner was aggressive, at times grabbing her and imploring her to lose her security.  She said Lugner was trying to be alone with her.

Hey now after paying $500000 what did she expect plus I cannot understand why KANYE lets his bride to be go to engagements like this! 'Well MAMA IS SMILING TO THE BANK I GUESS!