FROM FOOD STAMPS TO BILLIONAIRES!! MEET THE FOUNDERS OF WHATSAPP WHO JUST SOLD THEIR APP TO FACEBOOK FOR $16 BILLION!!!!

on February 20, 2014
Tech time talk about a success story. From FOOD STAMPS to dropping out from SAN JOSE STATE UNIVERSITY  to BILLIONAIRE!!! 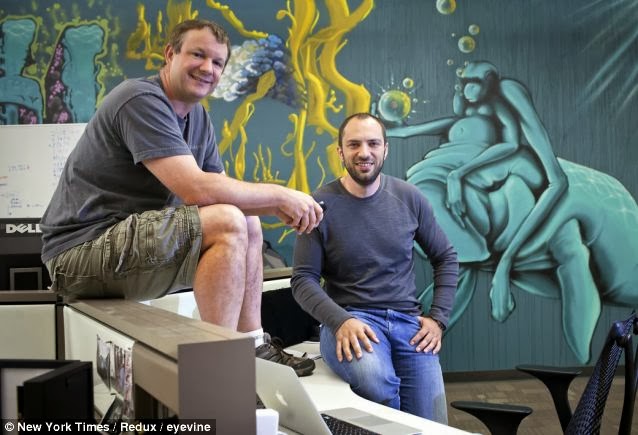 The creators of instant messaging service WhatsApp can now comfortably call themselves billionaires after signing a $19 billion deal with Facebook.
But the duo's road to becoming billionaires several times over has been filled with humble beginnings and setbacks
Koum, 37, who co-founded the app with Brian Acton in 2009 co-founded WhatsApp in 2009, and five years later, is now estimated to now be worth about $6.8 billion. But at one point he was a teenage immigrant who lived on food stamps.
The 'long time'-friend of Facebook CEO Mark Zuckerberg was just 16 when he moved to the U.S. from Ukraine.

Here’s what will change for you, our users: nothing.'

Check out their bio!