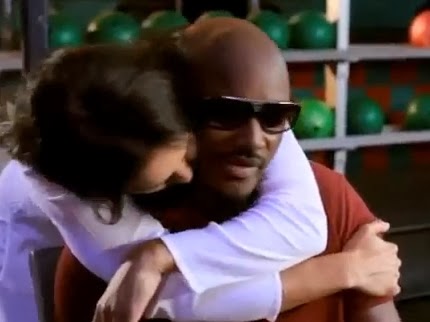 Hmm, remember  the rumours about TUFACE IDIBIA getting a girl pregnant? whats that? who is TUFACE? IF YOU ARE READING THIS BLOG AND YOU DO NOT KNOW WHO TUFACE IS, then okay watch this video first!

OK YOU NO SEE HIM FOR THERE GET IT??

okay so now you know who TUFACE IS  back to the story. So some banker chick claimed TUFACE ALLEGEDLY fathered her baby. Both tuface and his wife have denied this story put out by a magazine called ICON!! (NICE UNIQUE NAME). SEE PICTURE BELOW: 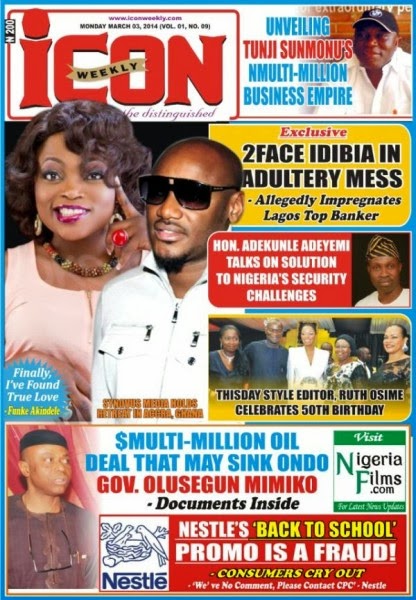 NOW ONTO THE STATEMENT!

2Face Pregnancy Rumours Completely Unfounded
February 21, 2014 – A few days ago, a rumour surfaced about 2Face Idibia allegedly getting a young woman pregnant and various versions of the story have emerged since then.
2Face would like to categorically state that these stories are completely false and baseless.
The press has published this story in many versions without confirming the authenticity of the allegations. He would like to make it very clear: THERE IS NO TRUTH TO THIS STORY.
He would also like to request that the media houses that have already published this story issue retractions without any delay.
2Face does not have anything to hide and if the story were true, he would admit it and not try to lie to the public by denying it.
When striving to maintain journalistic integrity, it is important for the press to make sure that they have irrefutable evidence before publishing potentially harmful news such as this. In this case, there has been no confirmation of the authenticity of the rumoUr.
We do not know what the true motives are behind the peddling of such a vicious rumor, but we would like to make sure that everyone knows the truth about it.
End

RETRACT NOW MEDIA HOUSES OR YOU FACE THE WRATH!!! CONGRATS!! FOR TAKING SWIFT ACTION ON THIS MATTER!
TUFACE DENIES PREGNANCY