SEE GOBE FOR REAL!!! DAVIDO VS ALLEGED BABY MAMA TO BE ROUND ONE!!!+ WATCH HIS BABYSITTER VIDEO!!!HMM HE IS A 'NATURAL!!

on January 19, 2014
Reports  allegedly claim SUNSHINE HAYES met with Davido and had a fling with him while the singer while on a UK tour in 2013. 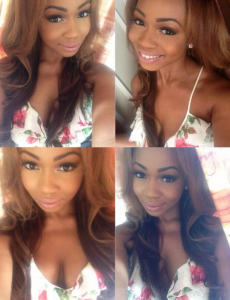 While viewing her Instagram and Twitter accounts, Miss Haye does seem to imply that she is expecting a set of twins, she does NOT however mention Davido as her BABIES FATHER. Haye has been tweeting about her twins for five months. It’s believed she’s expecting a set of girls.

‘TWINS!! I think I’m gonna pass out‘, she wrote on Twitter on November 11, 2013. ‘My daughters will be heartstoppers‘, she tweeted on December 22, 2013. On December 29, 2013, she revealed the name of her twins ‘Ameerah‘ and ‘Shania‘. Haye also tweeted at Davido, calling him a ‘natural’ in reference to his BABYSITTER AD BELOW: 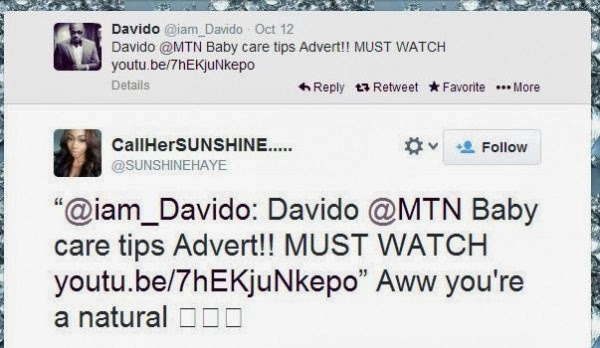 Not only will they be heartstoppers they would also be extremely wealthy! Of course Davido has denied the rumor and we're still waiting to hear what the fact really is!!!
Semi said that she is actually a was is girlfriend we do not know for sure but one thing we do know is that Davido follows her on twitter 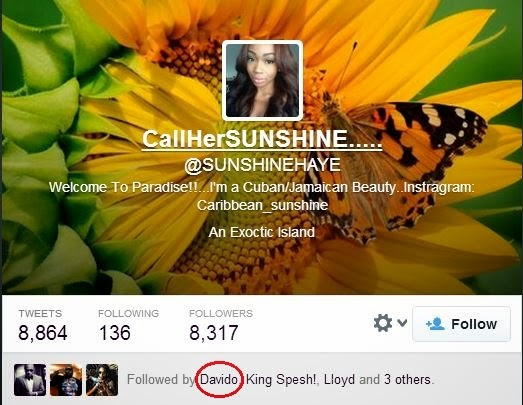