on November 27, 2009
Superstar golfer Tiger Woods was transported the hospital early Friday after crashing his vehicle into a fire hydrant near his residence in Windermere, Fla., outside Orlando. 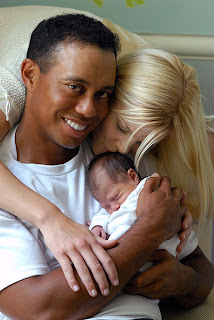 "According to an official release from ( Florida Highway Patrol)FHP and reported by Florida Today, Woods, had pulled out of his driveway in a Cadillac SUV.
As he began to drive  .... (Woods) struck a fire hydrant," FHP reported. The front of Wood's vehicle "then struck a tree" located at a neighboring property.
Woods was transported to Health Central Hospital in Ocoee in serious condition, FHP reported, according to Orlando Sentinel. However, a hospital employee said at 2:30 p.m. ET that Woods was not a patient. A hospital operator would not say if Woods had been treated and released."

We hope he pulls through safely