on October 29, 2009
All new first look, we can say! Genevieve  and Omotola star as sisters in this upcoming international movie!  From the look of things, the movie is going to be grand! 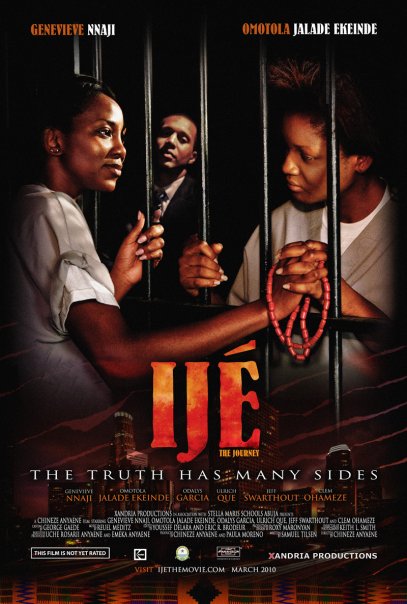 "IJE tells a tale of Chioma, a child growing up in the Nigerian countryside, who warned her restless sister, Anya, about the trappings of the American Dream. Now ten years later, Anya is accused of killing three men in a Hollywood Hills mansion—one of them her record producer-husband. Chioma travels from Nigeria to Los Angeles, and with the help of a young, unproven attorney, discovers that the dark secret her sister wants to keep hidden might be the only thing that can win her freedom."

Will you be watching? I know I will. By the way did you know you can reuse bottled water bottles? check out how on this cool site: http://thedigeratimind.com/2009/10/28/how-to-save-money-on-bottled-water/
IJE MOVIE POSTER

Genevieve Nnaji photos said…
From what I can tell this sounds like it could be a good movie.
8:17 PM